Are you looking for an India safari like no other? Then Madhya Pradesh is the place to go! This great state in the center of India offers many surprises, both cultural and natural. The state houses important architectural heritages and places of Hindu pilgrimage such as Ujjain where the Khumb Mela takes place every 12 years.

With no less than 5 national parks, Madhya Pradesh will surely enchant you on this India safari with its abundance of wildlife, its diverse population of Adivasi tribes, the rich farmers of the south; its green forests, blue houses, and pink twilight bathing the ruins of a palace.

Join us on this India safari and seize this opportunity to explore the heart of India. Afterwards, you will surely join the elite club of  Madhya Pradesh-lovers, or maybe even be inspired to write your own novel..

Day 1
Welcome to India!
Welcome to India and the beginning of your India safari holiday. You will be greeted at the airport with a warm namaste by your private driver before heading to your hotel through Delhi's bustling streets filled with colour and sound. On the way to your hotel, take in the sights and sounds of India, watching the scenes of local life as you pass. Enjoy a free afternoon to relax or set out to explore Sikh temple - Gurudwara Bangla Sahib and India Gate.
Day 2
5-hour train journey
In the early morning, your private driver will pick you up to bring you to the train station where you board an express train to Jhansi. From there, you will be transferred to Orchha, peaceful village nestled on the banks of the Betwa River, which houses splendid palace ruins of the Mughal era, and a multitude of temples. Overnight at the hotel.
Day 3
Explore the former capital city of the Bundela rulers
Today explore the palaces of Orchha. You visit the Raj Mahal Palace of  the Maharaja and his family, the Jahangir Mahal Palace which was built for the visit of the Mughal Emperor Jahangir and the Chaturbhuj Palace, which was built as a cathedral. Do not forgot to be a part of the evening aarti ceremony at the Raja Ram Mandir, the aarti is a one-of-a-kind experience where light (usually in the form of a flame) is offered to a deity. Here, Lord Rama is treated as King Rama..
Day 4
The adventure of Indian roads
Today, your driver will pick you up and bring you to Khajuraho. In rural India, the road is an adventure. "Horn please" is written on the back of all trucks, and the Indians do not refrain from doing so. You will soon be surprised to see the driver weaving between elephants, tractors, trucks, camels and carts! Check in at the hotel and proceed to visit some nearby temples, famous for their erotic sculptures and surrounded by exuberant nature. Overnight at the hotel.
Day 5
5/6 hours drive
In the morning, leave Khajuraho and set out towards the Bandhavgarh National Park, which will be the first national park of your India safari trip. This park, established in 1968, has an area of 437 km2. There is a high density of animals and birds, as well as large forests of sal trees. This is where white tigers, the last of which was killed in 1951, were found by the Maharaja. This afternoon will be devoted to the exploration of the highest hill at 300 m that overlooks the old fort. This is one of the oldest in India, dating back over 2500 years. Overnight at the hotel.
Day 6
Full-day safari
Enjoy a full day in the Bandhavgarh National Reserve. For each safari, you go on a jeep accompanied by a naturalist guide. This guide will help you to spot the animals that can be glimpsed through the trees and stretches of savannah. Between two safaris, head back to the hotel for lunch and rest. Bandhavgarh is the most popular destination in Madhya Pradesh, particularly renowned for its high density of tigers. This is not where you will find peace and quiet!
Day 7
6 hours - 240km
In the morning depart for a new reserve: Kanha National Park, also known as Kanha Tiger Reserve. Check-in and relax at your hotel before departing for a safari in the afternoon. The forest here is greener that at other places and the dense vines intertwine with tree trunks. You will see a high density of animals including Barasingha deer and Langur monkeys. Return to the lodge in the late afternoon after your safari.
Day 8
Tiger spotting
Wake up fresh for a full day safari in Kanha National Park today. The animals of the jungle begin to shout warnings to each other when the guides and elephants are in proximity. Exciting! Between two safaris, head back to the hotel for lunch and rest. Enjoy a relaxing evening at the hotel.
Day 9
Road to Pench
Today, you continue your journey to the Pench National Park, which is split between Madhya Pradesh and Maharashtra . This reserve is less known and less frequented than the others on your trip, however it is equally stunning. Check-in to your hotel and enjoy lunch. The afternoon is free for you to spend at your leisure as you prepare for a big day tomorrow.
Day 10
Your own "The Jungle Book" experience
In the morning proceed to the park for a safari. The vegetation is lush and varied, and you will see among other things, "ghost trees", white trees that become slightly phosphorescent in the light of the moon. You can also see the huge lake that serves as the border between the two states. At 11am, you leave the park and head to a pottery village to observe the traditional methods still used. Return back to the hotel for lunch. In the afternoon,continue on to another jungle safari at a park which houses more than 25 tigers who stroll these wetlands and more than 170 birds species including peafowl, crow pheasant, junglefowl or Red-vented bulbul. Overnight at the hotel.
Day 11
Flight to Delhi
After breakfast, your driver will pick you up from the hotel and drive you to Nagpur airport to catch your afternoon flight to Delhi. Upon arrival at Delhi airport in the mid-afternoon, you will be greeted and transferred to your hotel. In the evening, why not use your free time to visit the Sikh Temple - Gurudwara Bangla Sahib?
Day 12
Thank you for visiting India!
If your flight schedule allows it, take a tour of Delhi where the splendor of the Mughal Empire opposes modernism of the new age. Shop around Chandni Chowk, the heart of the old shopping district in Old Delhi and enjoy a last Masala tea. Transfer to the international airport in the evening, according to your flight schedule. End of our services. 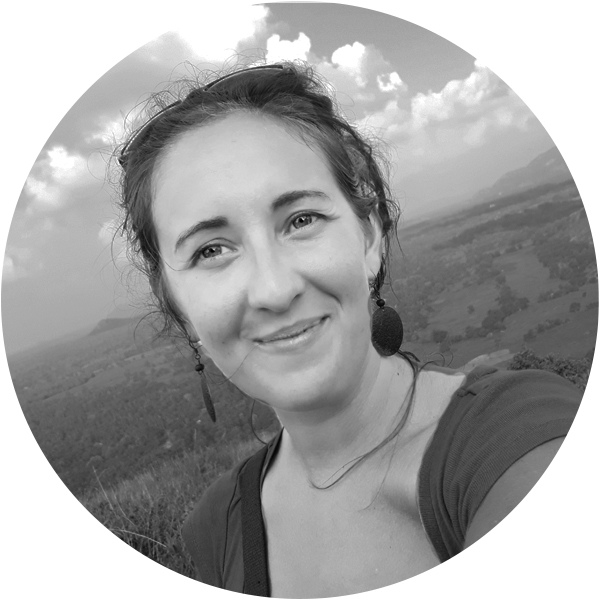 Garance Travel Expert North India - India - Rajasthan Perfect for wildlife and safari lovers! This India safari trip brings you through the great state of Madhya Pradesh, stopping in three of its most beautiful national parks. Suitable for families, couples or friends travelling together.

Customize this tour for free
In private tour

Why travel with Shanti Travel?

Tailor made
We make your dreams come true

Expertise
On site 365 days a year

Zero carbon
Invested in the environment