Come to Bengal, India for eight days and experience the magic of the Hindu Durga Puja festival, one of the most famous festivals in India and one that is very important for the Indians. The Durga Puja takes place in the majestic and ancient Indian capital, Calcutta, which is adorned with colonial-era architecture and extravagant temples.

Durga Puja is the largest street festival in the world, paying homage to Durga, the 10-headed warrior goddess. Thus, families and friends gather to celebrate the victory of the goddess Durga against the demon Mahishashura: the victory of good against evil. Each day of the festival, the Indians put on a new saree or a new outfit and think of themselves as Durga. Everyone is happy and in a good mood. Despite the crowd, everyone has their place; the feeling of communion with humanity is strong.

The festival generally starts at 10pm in the evening to the sound of percussion (the Dhaks), which accompanies the procession. The goal of the fifteen million people who come to Durga Puja is to see as many "pandals" (temporary temples) possible. These temples are made of bamboo, wood, recycled materials, sand or even fabrics and are crafted by specialised designers, sometimes imitating original temples. The lights are incredible during this time. During "artis" (ceremonies), everyone dances "Dhunuchi", a dance with a burning coconut.

This year, you arrive by plane, but the Goddess Durga will arrive on horseback. Every year, the goddess changes her vehicle. One year she came by boat, another by elephant and this year she will come on horseback.

During the ten days of celebration, Calcutta excitedly returns to the rhythm of the Durga Puja festival. This trip to India with a small group gives you the opportunity to fully experience the true Bengali culture. You will have the opportunity to be immersed in the heart of one of the most mystical cities of India: Calcutta, the capital of West Bengal.

A perfect holiday for... 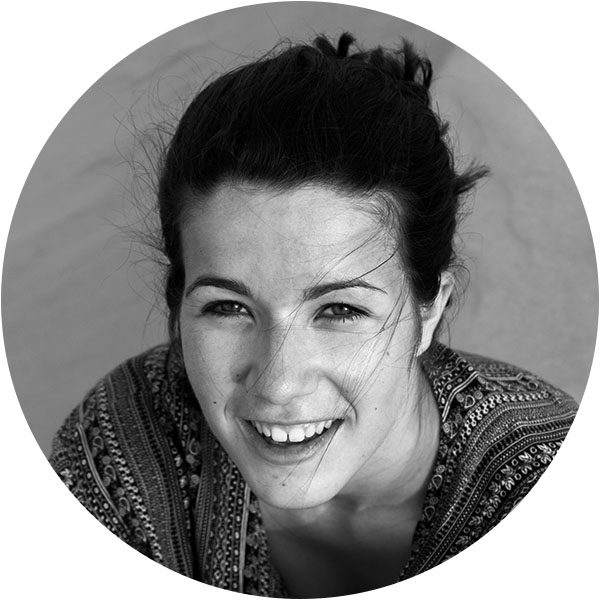 This trip is perfect for travellers eager to learn more about Hinduism. It will allow you to immerse yourself in the heart of one of the biggest Hindu festivals while discovering one of the most mythical cities of India: Calcutta. Since this trip takes place in the capital of West Bengal, you will not have to endure long hours of travel, so you can fully enjoy the fervour of the festival while living to the rhythm of an Indian metropolis, and all this in the company of an English-speaking guide.

Saptami: First steps in Calcutta and first visits of "Pandals"

Welcome to India! You will be greeted at the airport by your private driver and your English-speaking guide who wish you a happy "Namaste". Throughout the city, people are busy finishing the final touches to the temporary temples. You arrive at your hotel where your guide shares with you the latest useful information for the smooth running of your trip. Your dinner is planned at the hotel.

Saptami marks the beginning of the celebration of the 2019 Durga Puja Festival. It is when the holy presence of the Goddess Durga is invoked into the idols. In the North West, this festival is called "Dushera".

In the evening, you attend various “puja”, prayers performed by Hindus during a devotional worship to a deity, in the surrounding temples.
Visit the "pandals" of Samaj Sebi, Hindustan Park (the largest), Tridhara Sammilanu, 66 Pail, and many others. End the night in euphoria and enjoy the fervour of the celebrations. Overnight at the hotel.

Ashtami: Cultural discovery and urban exploration aboard a tram

You enjoy a relaxing morning at the hotel before setting out to discover the magnificent memorial dedicated to the former Empress of India: Victoria. Climb aboard a historic tram that is still active in the city to discover the alleys of Calcutta in an authentic and original way.

Ashtami is the day of luck, one of the most auspicious days of Durga Puja. Every family in the city will gather with their loved ones and share a moment of friendship and love.

You end this day with an excellent dinner before taking a tour of the various "pandals" (mini temporary temples) by bus. The police and your escort lead the way through the middle of the crowd. Night at the hotel.

After a late breakfast to recover from the day before, you set off for a walk in North Calcutta. North Calcutta belongs to the wealthy Marwari families. They are the great moneymen of the English Empire and their mansions testify to it. The city in the day is almost at a standstill.

This is the day of the big celebrations. Bengalis can then eat non-vegetarian options and even drink alcohol. No restrictions!

For lunch, Rajbari: you will enjoy a traditional meal with a local family.

On your return in the afternoon, you make a stop at Jorasankho, a magnificent house belonging to the Tagore family (the great Indian philosopher and independence activist who created the Indian and Bangladeshi national anthem).

In the evening, a cultural program will surprise you. Return and overnight at the hotel.

In the morning after your late breakfast you will enjoy a shopping session in Biswa Bangla, a district that promotes the artisanal know-how of West Bengal. This is an opportunity to find some souvenirs and gifts to bring back to your loved ones. You continue your day with a traditional Bengali lunch.

In the afternoon you attend the festivities of Sindur Khela, a Bengali tradition where the women put a red paste called sindur on their faces - a great opportunity to take some beautiful pictures! It looks like the Holi festival, except with the colour red!

In the late afternoon (between 4pm and 7pm), you attend the immersion of the idols of the Goddess Durga in the Ganges. This is the moment when we dance to say goodbye and meet again next year for a moment of communion between friends and families. To end this beautiful day, you enjoy an excellent dinner to the rhythm of a traditional music concert. Return and overnight at the hotel.

On Ekadashi, the Indians offer sweets to their families, and we take you out of Calcutta.

You will discover the site of Shantiniketan, a university built by the Nobel Laureate Rabindranath Tagore in 1901. This great poet and philosopher reflects the passion of the Bengalis for literature and culture, having influenced millions of Indians and Bangladeshis. In the afternoon, you walk to the Sonajhuri Haat fair, strolling between the stalls of local artisans. In the evening you have a chance to enjoy a dinner show featuring performances of traditional Bengali dance and music. Return and overnight at the hotel in Calcutta.

This morning you wake up to the beat of Baul songs. Typical of Bengal, these folk songs are usually accompanied by a zither and happy Hindu stories. Then you leave Calcutta and take the road towards the University of Viswa Bharati, located in the small village of Santi Niketan. In the evening, you will join the excitement of Calcutta and discover its nightlife. Night at the hotel.

The city dismantles the pandals, and is preparing to return to normal. The festival of Durga Puja closes today with the "red road carnival" which gives rise to the processions of pilgrims. You attend the last puja and live the exaltation of the moment alongside the Indians. This is an opportunity to take your last pictures before flying back the next day. Last night at the hotel.

You can also start a tailor-made extension in Morshidabad or Sunderbands, or why not in Darjeeling-Sikkhim!

Your last day in India has arrived. The moment has come to warmly thank your guide and say goodbye to the rest of your group with whom you have discovered this very special Hindu festival. You will be driven to the Calcutta International Airport to catch your departure flight.

End of our services.

Like this trip but want a few changes? It's possible to customize it!
Customize this trip for free

Price does not include